Measures to protect environment have become an active issue for more and more countries. The uncontrolled use of plastics for many years has made the current global environmental pollution situation very severe. Replacing plastic dinner plates with biodegradable tableware, such as sugarcane tableware, urgently needs to become the mainstream of the current catering industry. 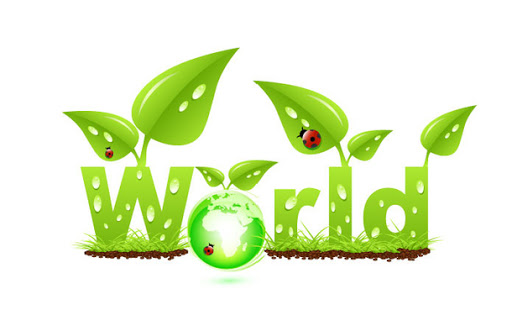 Why is it urgent to replace plastic dinner plates with sugarcane tableware? First, let's look at a set of environmental issues data.

Up to now, 500 billion plastic bags are still consumed globally every year, and 1 million plastic bottles are still sold to every corner of the world every minute. In addition, at least 8 million tons of plastics enter the ocean every year, and the sum of all these plastics on the earth can reach 420 times. This has also led to the loss of at least 1 billion marine organisms each year due to plastic products. It can be seen that using sugarcane tableware instead of plastic plates is urgently needed to become the mainstream in the catering industry, which is more effective in measures to protect environment.

Marine pollution and environmental issues caused by disposable non-degradable plastics have always been a topic of great concern. At present, countries around the world are developing degradable and renewable plastics, biodegradable tableware like sugarcane tableware, that can replace disposable plastic products, or promulgate bans to restrict or prohibit the use of one Plastic products. Today, let ‘s take a look at what measures to protect environment in different countries.

Measures To Protect Environment In Greece

According to the European Union quoted the European Union News Agency, in recent days, in response to the Greek government’ s plastic restrictions, the famous coffee bar 360 ‘ in Athens'Monastiraki Square and the environmental organization ‘’Aegean Rebreathing’’ issued an initiative to propose around the square Of shops and restaurants gradually stopped using disposable plastic products, turning the square into a "plastic-free zone". This is a relatively effective measure among many measures to protect environment to prevent plastic pollution from the source.

According to reports, the head of the "Aegean Rebreathing" organization, Sarellax, said that the shops and restaurants in the surroundings have not received notice of the plastic restrictions that the Greek government will issue this year, so the stores have not used biodegradable tableware ( such as sugarcane tableware ). In addition, many stores also questioned whether there are cheap plastic alternatives in Greece. In this regard, the head of the 360'coffee bar, Banaguosi, also said that the catering industry is facing huge challenges in reducing plastic use.

The deputy mayor of Athens municipal government, Aphramidis, said that coffee shops consume a lot of disposable plastic straws and plastic coffee caps, but the government cannot directly interfere with the stores and require them to use plastic substitutes like sugarcane tableware. Therefore, what measures to protect environment the government can do is to strongly supports the public to carry out such publicity, Initiative activities.

In addition, the Greek Ministry of Tourism has recently launched an event called "No Plastic Holy Island". The event was co-sponsored by Minister of Tourism Theo Harris, Santorini Mayor Sigras, and Greek President Andrenicis of the international supermarket chain Lidl, aiming to build Santorini Became the first "no plastic island" in the Cyclades Islands, and use it as the core island to promote "no plastic" to all Cyclades and Aegean islands.

Carrying out environmental protection initiatives and promoting the use of biodegradable tableware, such as sugarcane tableware, under this series of measures to protect environment led by the government, environmental protection has achieved obvious results.According to a recent survey by the Institute of Retail Consumer Goods (IELKA), compared with 2017, the use of disposable plastic bags in Greek supermarkets fell by 98.6% in 2019, a decrease of 1.75 billion.

It is estimated that the current annual use of disposable plastic bags in New York State is about 23 billion, and some plastic bags are eventually discarded under waterways or trees, which also poses a threat to the survival of wildlife.Therefore, the government is eager to implement a series of measures to protect environment, replacing plastic tableware with sugarcane tableware. It is understood that there are some exceptions to the New York State "plastic ban": holding meat, semi-finished food, takeaways, prescription drugs in pharmacies, and bags for washing clothes.

California in 2018 became the first state to ban plastic bags. It is estimated that there are currently about 200 cities in the United States that have banned the use of disposable plastic bags or required taxation.

Measures To Protect Environment In France

The manager of the "French Zero Waste" organization said that the French authorities will gradually strengthen the "plastic ban" in the next few years, and plans to ban the sale of plastic cups of drinking water, plastic drinking pipes and stir bars, and styrofoam lunch boxes in 2021. Plastic packaging of fruits and vegetables will also be banned; in 2022, the catering industry, including chain fast food restaurants, will be banned from providing disposable tableware to dine-in customers. The ultimate goal is to reduce the use of disposable plastic products to zero by 2040. A plastic tableware can be replaced with a sugarcane tableware.

All countries in the world are contributing to take measures to protect environment. Because we are throwing away at random, which is murder, will kill many marine animals. Reducing the use of disposable plastic supplies and recycling plastics, replacing plastic tableware with sugarcane tableware, starting from ourselves, no matter how small we do, we believe that one day, we will change the environment.

GREENWEIMO is a biodegradable tableware manufacturer, producing all kinds of sugarcane tableware , like sugarcane plates, sugarcane cups and so on. We work hard to take measures to protect environment and always stand at the forefront of protecting the environment.