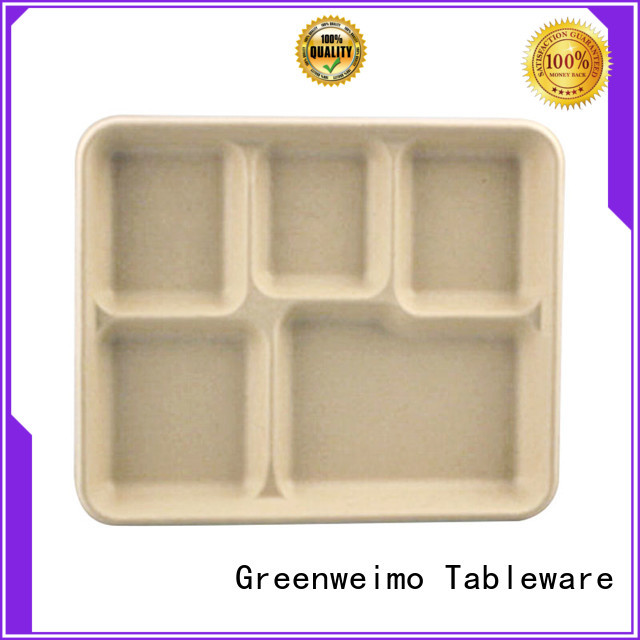 Inquire Online
Get the latest price
Quantity Needed：
Pieces
E-mail：
Product Information of New sugarcane tray cake Suppliers for oily food
Company Advantages
1. To ensure the quality of Greenweimo biodegradable tray, the first-rate materials are used in the production. These materials are recyclable and do no harm to the environment. Made by the high-heat process, it can be ideal for hot food
2. The quality of workmanship in Ningbo Weimo Article Co., Ltd is above average. The product will be returned to nature as organic fertilizer
3. This product is the protector of the item. It effectively protects the item from physical shocks such as impact, wetting and bruising. It can save money, time, and manpower when being used in parties
4. With proper strength, this product helps reduce theft and ensures that items will not be physically damaged. The product is guaranteed to be 100% biodegradable
5. This product is designed to be protective. It can protect objects from shock, vibration, compression, temperature and more. It can resist 120° C hot oil and 100 ° C hot water